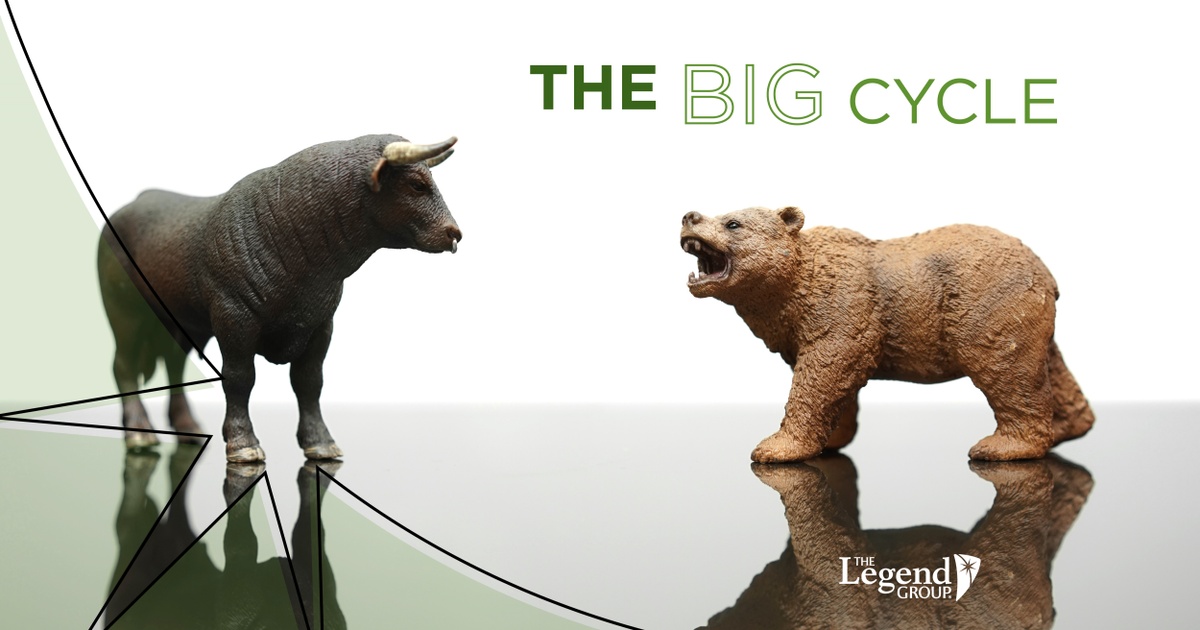 It’s only human to be worried about a market downturn. But is that fear rational?

A generation ago, Fed chief Alan Greenspan – a man famous for making mysterious announcements – accidentally turned “irrational exuberance” into a catchphrase. Not just among investors, either. Indie songwriters and late-night TV hosts alike fixated on those two words for years, to the point that everyone would hear them and smile, and no one really remembered what they originally referred to. (I know, I know. It was a strange time.)

What those two words originally were was a warning: Greenspan thought people might be getting carried away with the bull market leading into the dot-com bubble. Sure, these new internet-related companies were pioneering brand new ways of doing business, and yes, they were quite profitable, but Greenspan could see that people were taking their optimism a little too far. Too many investors were looking for unreasonable rates of return on assets that weren’t being properly vetted and were, in many cases, given values based on people’s feelings (“Isn’t this exciting?”) rather than the companies’ fundamentals (“What is this company selling, anyway?”).  Sure enough, a few years later, the dot-com bubble burst. Many short-term investors lost a fair amount of money; those in the market for the long term who hadn’t been carried away by bullish “irrational exuberance” got through the collapse and carried on building their wealth.

The key concept to remember here is irrationality. It’s never a good way to guide an investment portfolio. Greenspan was worried about exuberance, but lately, the opposite emotional state has been coming to the fore. Instead of a bull market, the cycle has come around to a bear market yet again.

And remember that dread can be every bit as irrational as excitement.

Bulls, Bears, and Other Animals

The irrationality that underlies many market trends is a well-known phenomenon – so well known, in fact, that in 1936, British economist John Maynard Keynes came up with a term to describe it. He said “animal spirits” guide consumer confidence in times of stress.

By naming them, Keynes hoped to develop a way for economists to anticipate how human irrationality can affect the market … but seasoned investors had long known about the animal-like nature of the irrational spirits that sometimes motivated market trends.

The term “bear market” dates back to 1709 - a time when fur traders were familiar characters in society. The stereotypical “bearskin jobber” was a trader who, as a proverb of the time went, would “sell the bearskin before one has caught the bear.” In other words, they foresaw a hard struggle and attempted to nail down their prices ahead of time, anticipating the value of their wares would fall by the time they’d bagged their quarry. The opposing spirit, the “bull market,” seems to have been named about 10 years later, after an equally formidable beast that was notable for bucking upward and tossing its horned heads to the sky.

Note that the term “bull market” didn’t come along at the same time as “bear market.” They were separated by a certain number of years. Then, as now, the market went through cycles: bull follows bear, which follows bull following bear. The animal spirits are constantly in motion.

This is why investment advisors tend to discuss things over the long term, emphasizing returns over decades, not months. At that scale, the stock market reliably trends upward – just with some downturns along the way. Some of them can be quite severe at the time.

For example: When the dot-com bubble finally burst, it led to a 54 percent drop from August 2000 to February 2009, a span of diminishing returns, also known as the Lost Decade. However, that was followed by the longest bull market in history, which lasted from 2009 until the covid outbreak in 2020.

On average, over the last 150 years, the American stock market has entered a bear phase every nine years. Each time, the bull market that follows has brought the overall value even higher. In fact, one dollar invested in 1871 would have grown to $18,500 today, despite the Great Depression, Black Monday, the Lost Decade, and numerous other downturns.

Sometimes, selling an underperforming stock can be a wise decision. Deciding to sell everything in a panic rather than waiting out a bear market, however, can be irrational. Measure your financial decisions based on facts. As always, an experienced investment advisor can help guide you safely and rationally while taming the animal spirits of the market.

If you’d like to set up a consultation with your advisor to discuss your investment strategy, simply reach out to us. Remember that we are here for you, and we are happy to discuss the options available to you in further detail and answer any additional questions or concerns.

CONTACT US today to learn more about our dedicated and personal approach.

The material presented is provided for informational purposes only. Past performance is no guarantee of future results. No person or system can predict the market.